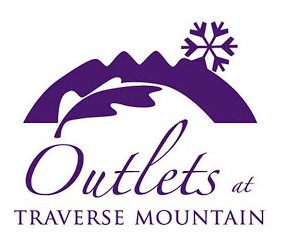 Not too far from where I live, we'll have a new outlet mall! This is so exciting! And there is a "Sneak Peek" this Thursday night, and you're invited!  They will also have performances throughout the weekend! So come and be part of the fun!

6:00 p.m.            Amy Whitcomb – Performs until 8:00 p.m.
A graduate from Brigham Young University with a Major in Media Music, Whitcomb has performed on national television, at major venues throughout the U.S., and in Asia and Europe. She performs as a solo artist, with her a cappella groups Noteworthy and Delilah, as well as with her rock band The Whits.

10:30 a.m.           Flying Aces (will also perform at 1:00 and 3:00 p.m.)
Winter and Summer Olympians, World Champions, and top-ranked acrobatic athletes perform skills on a trampoline that have earned them positions at the top of their sports. An all-star show that is much more than an athletic performance.

6:30 p.m.             Eclipse – Performs until 8:00 p.m.
All originally from northern Utah, Eclipse has performed their signature sound featuring tight harmonies, driving percussion, and infectious energy all produced using just one instrument—the human mouth. Since 1999, they have released seven albums and have performed for audiences throughout the world. Eclipse has been named “Best Vocal Group” at Utah’s Best of State Awards and they are the recipients of four Pearl Awards, including “Group Recording Artist of the Year.”  Eclipse was the winner of both the Pacific Northwest and Rocky Mountain Regions of the harmony Sweepstakes.

6:00 p.m.             Conn Curran – Performs until 8:00 p.m.
Conn’s smooth baritone voice and versatile interpretation of great pop standards provides an experience that will be, as one of Conn’s vocal inspirations Nat King Cole sings it, “Unforgettable.”

**Additional performances will be scheduled throughout the weekend. Follow Outlets at Traverse Mountain on Facebook for updates and more!