What to do with Cream Cheese Part 2 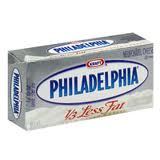 As mentioned last Wednesday, Smiths is having a mega sale and one of the items is Philadelphia Cream Cheese.  With the printable coupon of $5/5 printable and printing it twice, you can get 10 for free. Again, that is FREE!  I called Audrey after my Smiths trip to let her know--I was elated.  Ha! For the next 24 hours, I shared this with all I talked with.  Funny, I know.
(The sale on cream cheese ends a week from today).
I wanted to make a New York Cheesecake for friends which calls for 4 packages of cream cheese.  I used a recipe from the JOY OF BAKING. 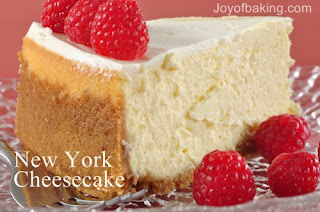 
BAKING INSTRUCTIONS
We served the slices of cheesecake with a homemade plum sauce for some and others chose chocolate syrup.
The cheesecake was a hit.  Don't be deterred by the 2 hour bake time - it's well worth it. 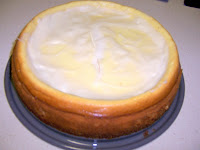 Here is What to do with Cream Cheese Part One.
Veronica